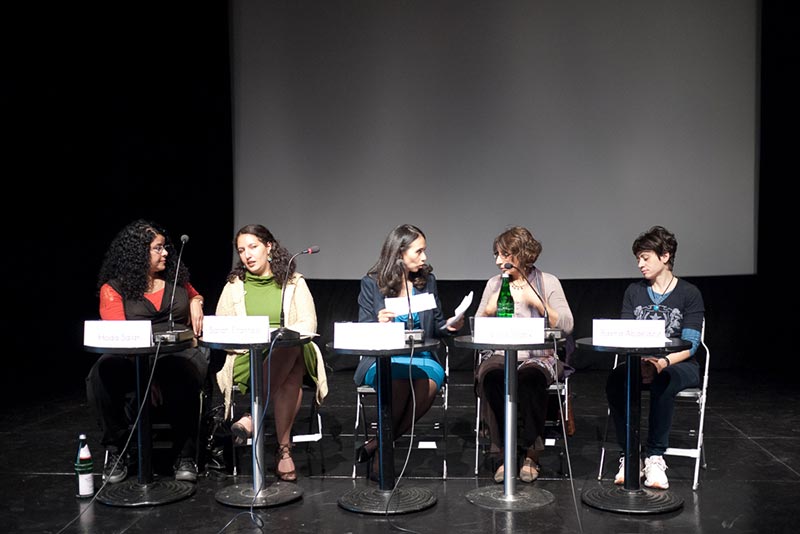 Although the old Egyptian civilization,
it seemed that women enjoyed somehow gender equality, Egypt has been ruled at
different stage be a several queens: Hatshepsut, Nefertiti, Cleopatra and
others, women were not only queens but also gods; Isis and Maet the god of
justice.

Ordinary women had the same rights as
men as regarding different aspects of life: heritage, education and marriage.
Max Muller said: « the role women played there has never existed among people
all over earth except in the valley of the Nile River »

In the modern Egypt, and by the time
of Mohamed Aly 1805, a school has been developed to train and graduate nurses
specialized in obstetrics, historians considered it as the start point for the
women to go out and work, however I believe that is might be true as regarding
women in urban areas as women in rural ones used to work all over their lives
in agriculture.

By the beginning of the 19th
century, the « Intellectual Association of women » has been
settled, and women played an important role in the revolution of 1919, lead
demonstrations, delivered speech in the streets and squares, and shot by the
British army forces that were occupying egypt.

Despite their great participation in
the 1919’s revolution, they haven’t obtained their political rights in the
1923’s constitution.

Same year; 1923 witnessed the
composition of the « Egyptian women union » and the famous activist Huda Shaa
rawy became the Egyptian representative sharing in the international women
conference in Rome.

1928 the Egyptian women joined for
the first time the universities, it should be mentioned here that princess
Fatma (daughter of khidawy Ismail; Egypt’s ruler) had donated a piece of land to build
the first university in Egypt.

1942; Fatma
Rashed established the first women political party under the name « national
women party », its priority was to give the Egyptian women the right to assume
the high official positions in the state, as equal as men.

1947; the « Egyptian
women union » asked for modification of the election’s, law to allow women to
vote, as men are allowed to do, and to get all their political rights including
the membership in the parliament and national councils.

1951; huge
demonstration came out to streets during the meeting of the national women
conference (February, 19) and raised one slogan « parliament is for both women
and men ».

1956; the Egyptian constitution
finally recognized the political rights of the Egyptian women, based on this
recognition, 2 women became members of the parliament of 1957 (Rawya ateyya,
fayda kamel).

1962; Hekmat Abou Zeid was the first
woman to be a member in the government (minister of social affairs).

–
60% of the informal labor force that is unprotected by
the state is composed of women.

–
41% of all registered voters are women.

– Establishment of the women national
council on the year 2000.

– Adoption of the divorce law that
gave women the right to ask for divorce.

– Adoption of a law that incriminates
female genital mutilation.

– Abolishing the decision that
prevented women from traveling outside the country without the consent of husband.

– Punishment of a sexual harassment
(a young man sentenced for 3 years in 2008).

However, the miserable situation of
women in the Egyptian legislations continued to exist, especially in labor,
criminal law, penal code, laws of family and personal status. The feminization
of diseases is still there, giving the priority of treatment to boys over
girls, leakage of girls from the primary schools is a chronic case.

First 18 days till the fall of
Mubarak

Starting the revolution, the Egyptian
women participated with men in all aspects, they were fighting in the front
lines, defending hardly their freedom, sharing as doctors and nurses in the
medical teams, composing security groups to ensure safety of the square,
providing food and water and joining all the battles that took place. All
through these days, women were there, never absent, having same dreams,
sitting, eating beside men, sleeping in the square too, facing no harassments
from anybody, a romantic and ideal 18 days. They were also exposed to the same
extent to all kinds of violence and cruel treatment by the falling political
system (no gender difference was seen).

After the fall of Mubarak

The previous marvelous scene of the
18 days faded up gradually, women faced once again -and still facing- the trials
of exclusion from social and political life:

– The national reconciliation conference
accepted notes about « preventing TV. women reporters from appearing with non
Islamic dress », a request introduced by Yousssef El Badry one of the famous Islamic
figures.

– Shaping the awareness of people
continued: Islamic parties considered the women national council as the weapon
of the falling system used to destroy the Egyptian family, and declared that all
its achievements in the field of legislations should be abolished.

– No women could be seen after the
revolution in the position of a governor, mayor or secretary general.

– The governor of El Giza said -in
one the famous Egyptian newspapers- that women are not qualified for such
positions. On the other hand, a considerable number of well qualified women
reached good positions and complained from ignoring their rights in promotions.

– The minister of local development
stated that the critical nature of the stage, Egypt is passing through, doesn’t
allow the presence of women in high positions.

– During the re-composition of the
government, women were never presented in a fair, just and equal ways, the
members of the government were almost all men except for one woman who belongs
frankly to the old system.

– Even those nominations made by the
rebels in the square (which is considered as the symbol of freedom and
justice), have never mentioned the name of a woman to be a minister.

–  the media discourse and the language used by
the famous newspapers, carried a  sarcastic spirit as regarding gender issues,
words describing the feminist NGOs were referring »
المنظمات الحريمي »  which means:
« the religiously forbidden organizations ».

– Our women members seemed lost
during the meetings of the parliement, and completely disoriented as regarding
issues of women rights to the extent that one of them mentioned that every woman
is responsible for all sexual harassments she receives; woman has no right to
ask for divorce, genital mutilation is mandatory for females.

– About the square itself, should
take into consideration some important events, the first women demonstration
that was carried in the international women day on march 2011 was exposed to
harsh harassments, insults, physical violence, attackers were the ordinary
people (no criminals), in the 8th of July same year, a call from one
of the social revolutionary movements has suggested to restrict spending the
night in the square to men only, however it was not applied. Lately, in June
2012, sexual harassers attacked a demonstration that was held against « sexual
harassment »!

Should refer here to the strong
possibility that, the behavior of group harassment was first initiated by the
state, and specifically the ministry of interior, who brought groups of
criminals in 2005 to attack women protesting against the modifications of the
constitution. Modeling came to be a very clear process later on, groups of
young men started to imitate the state, and the behavior is now settled as an
ordinary one.

The political system is still using
oppression on gender basis

From its side, the authority is
following all the available ways to break women’s will, we can find the sexual
harassment, virginity tests, dragging from hair along streets, and threats of
rape.

– Calls to review all the
international conventions related to the protection of women’s rights claiming
it is inconvenient with Shariaa.

– A new project is introduced that
abolishes the right of the women to ask for divorce, and allowing the forced delivery
of a wife to her husband home (it was canceled on 1967).

– Another project to reduce the age
for marriage to 13 years old, depending on the early maturation of the « body »
of female children in warm countries.

– Finally, a project to cancel the
incrimination of female circumcision is being now studied.

The founding committee of the
constitution

– 3 among them belong officially to
the political Islam (Horreya and Adala party).

– Complete ignorance of the
nominations given by the women national council, and of the list given by the
coalition of feminist organizations.

– Many of the human rights activists
joined political parties.

– Their views came to be less radical
in defending their rights and they became more flexible, making deals and compromises.

– Some of those activists (women
& men) declared that this is not the appropriate time to fight for women’s
rights, and the reasons they gave were like to avoid the social problems that
would result, claiming that the society is still immature to accept real gender
equality.

– So withdrawal of the liberals from
the battle of women rights appeared to be a step made just in order to keep
popularity in a deep and strong patriarchal society.

– The structure of most of the
liberal parties shows inequality (most of higher positions are kept for men.

This attack on women, positive aspects.

– Breaking fears and shame: many of
the testimonies appeared on the face book, telling personal stories about
circumcision and, its painful consequences.

– A young woman publishing her photo
in complete nudity to protest against the restricted view that summarizes women
in sexual object.

– Women wearing Nekab sharing in 8th
of March and raising slogans saying ‘we want 50% of the founding committee of
constitution for women’.

– A young woman Samira Ibrahim suing
SCAF for the virginity test she was forcibly exposed to.

– Another young woman chased a man
who has sexually harassed here and succeeded in delivering him to the police
station, regardless the negative attitudes of the bystanders who seemed
sympathizing with him.

– Women constituted a considerable
voting mass, and were seen in huge numbers the days of the election, moreover, 1000
women supervised the presidential elections among 13,000.

– a lot of women who are not
politicians, not activists, not feminist, could be seen at these times talking
about their rights, and trying to organize their selves to fight for.

the question here is that, do we
expect a real progress in the issue of gender equality and women’s rights at
this stage, and under a ruling system that has a religious project, or it might
be an era of more oppression, coercion and persecution for women?.

We might see that, at times when
Egypt had a national project for development, as Mohamad Ali’s and Nasser’s
projects, gender equality took place automatically and spontaneously, women’s rights become integrated to be part of the public rights for all citizens. On the other
hand, absence of such a project has usually been accompanied
with persecution of the vulnerable groups, with women in the core.

This might not be a good time for
compromises, Women are in need for a radical act, it is the revolution
either to fight to gain our freedom or to go back and lose all previous
achievements. 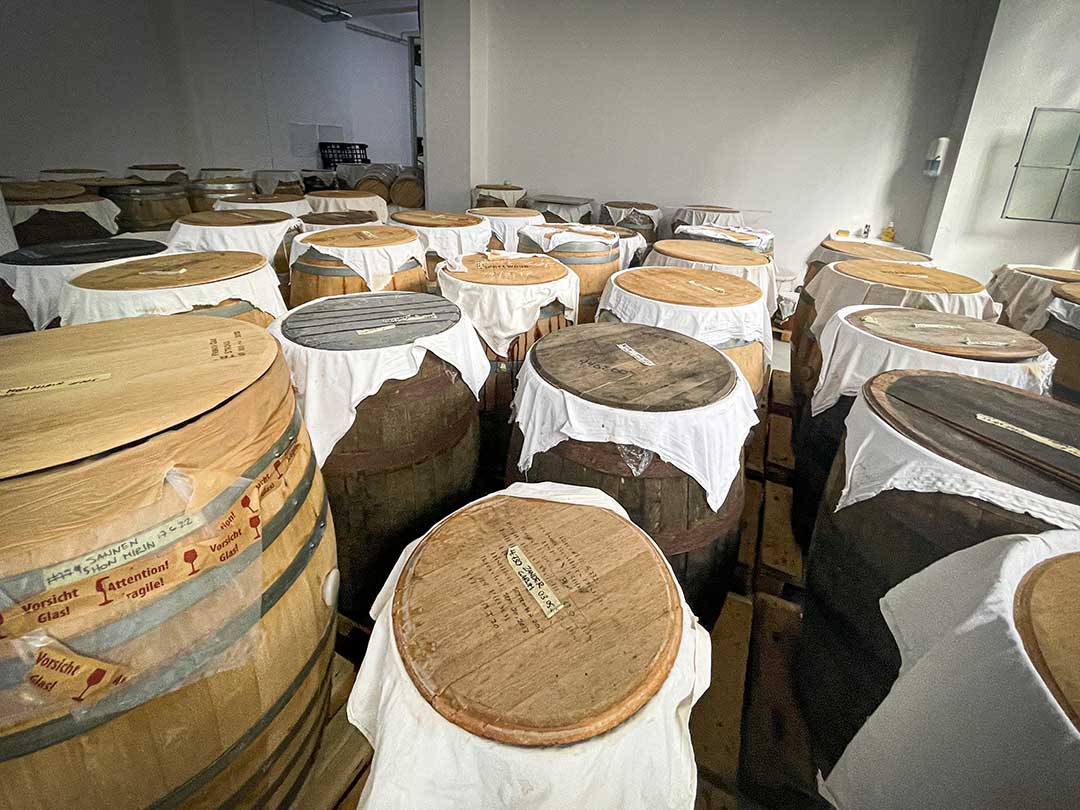 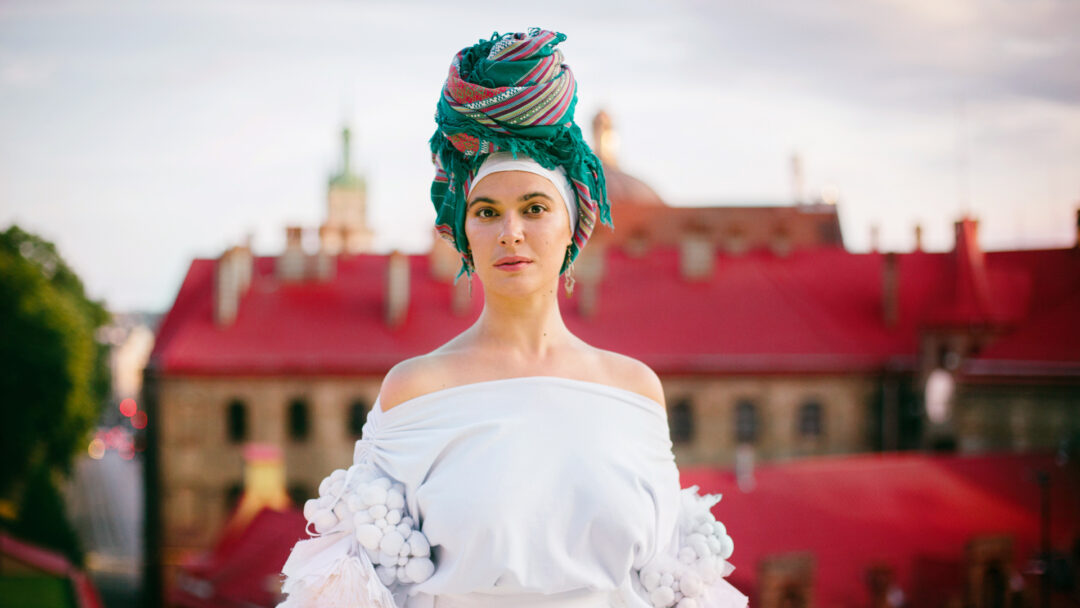 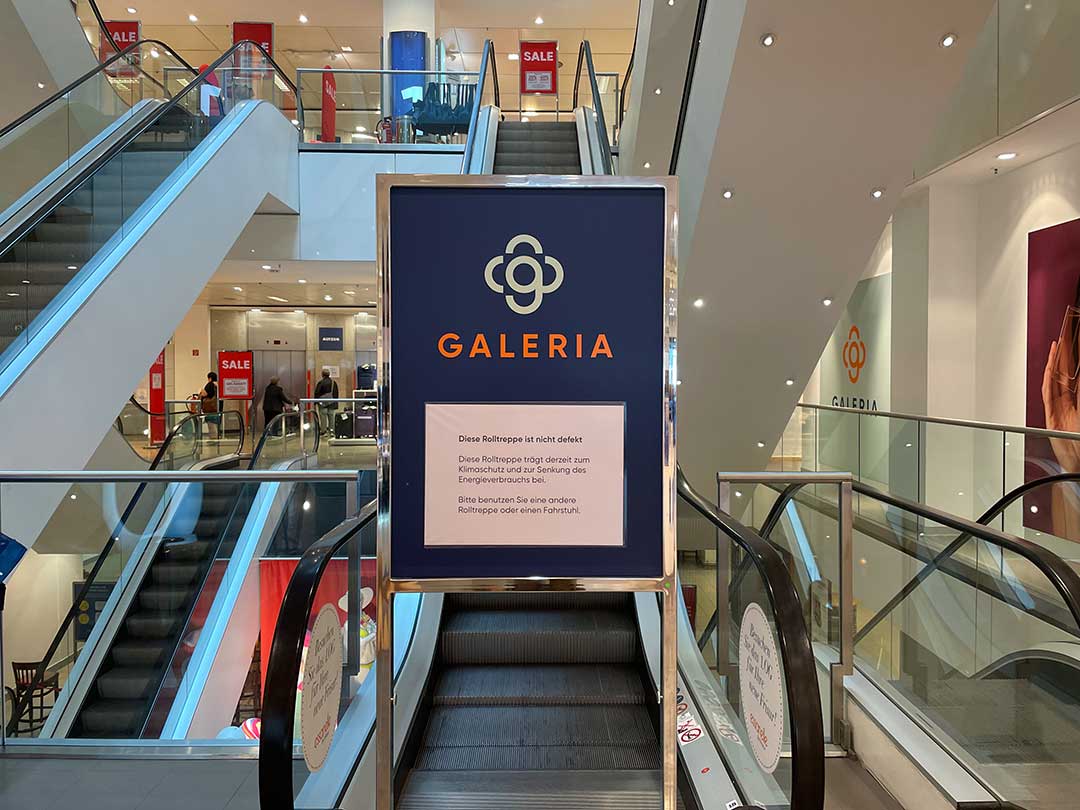 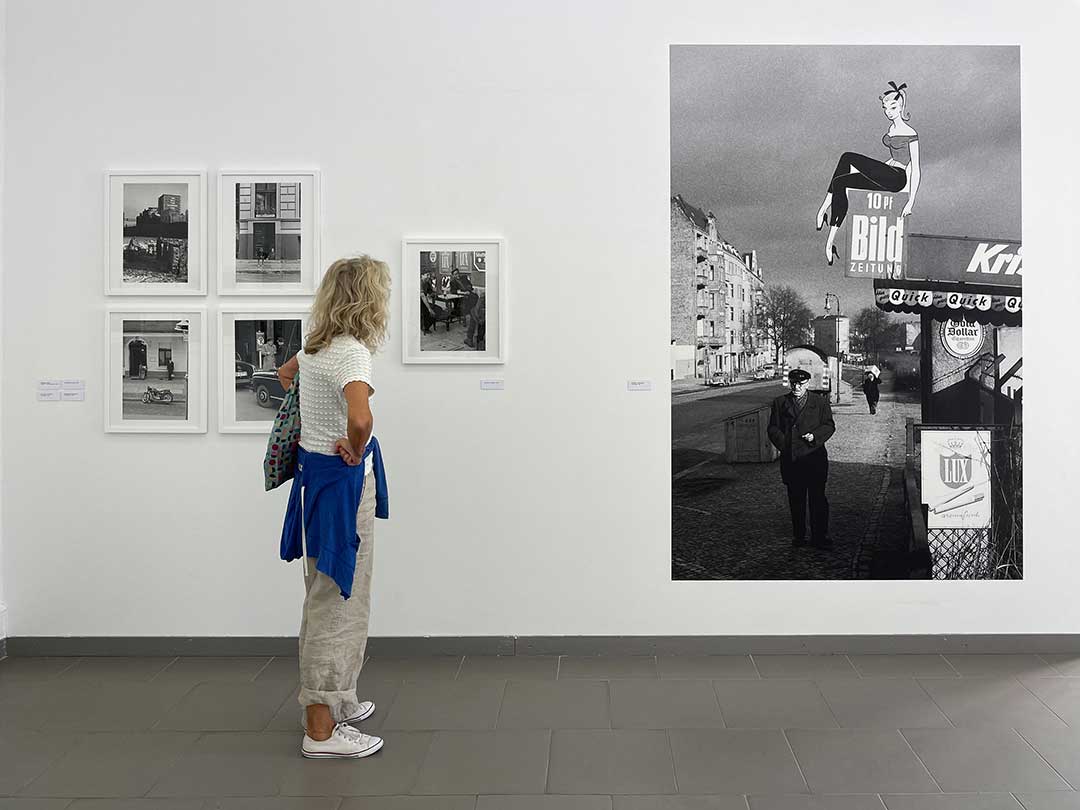